TRAJECTORY OF AN IDEA 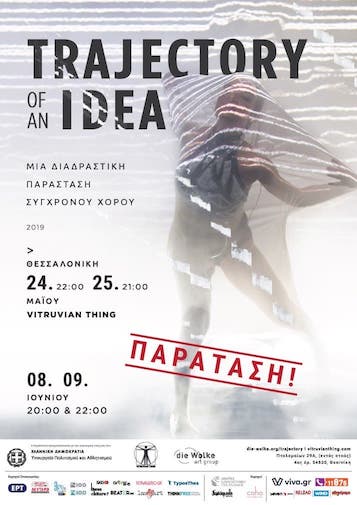 Trajectory of an Idea is an interactive contemporary dance performance that uses motion tracking technology.

A metaphor likens the path, or trajectory, of an idea in time with the course of a human life: An idea is born, grows, matures, dies. It interacts with its surroundings. It plays. It gets trapped. It overcomes. The bodies on stage represent, or embody, ideas. They come into contact with each other, as well as their environment, which presents them with limits and conditions.

The choreography is structured on the dynamic relationships of the bodies with their environment: What does a limit on stage afford? What forces can be developed between ground and body? What possibilites does an idea present to another? And what does the end mean, for an idea, its realisation, or it being forgot? The visible technology on the dancers' bodies references a cyberpunk aesthetic, while the costumes will include 3D printed elements.

Motion and sound operate at an action/reaction, or cause and effect, level, creating the impression of interaction between the body and an imaginary, thus pliable, environment. In essence, sound works as a stage set, alive and mutable, using a surround 4.1 format. 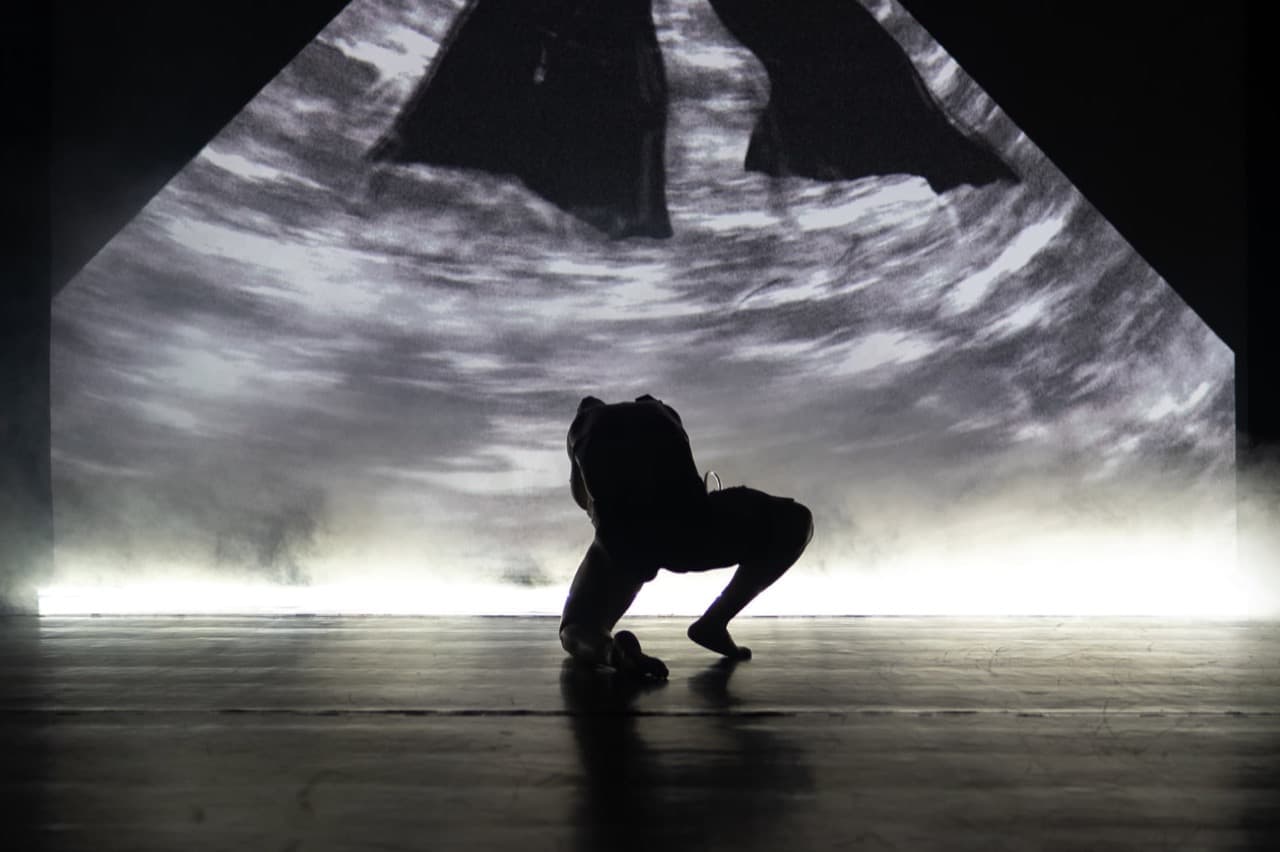 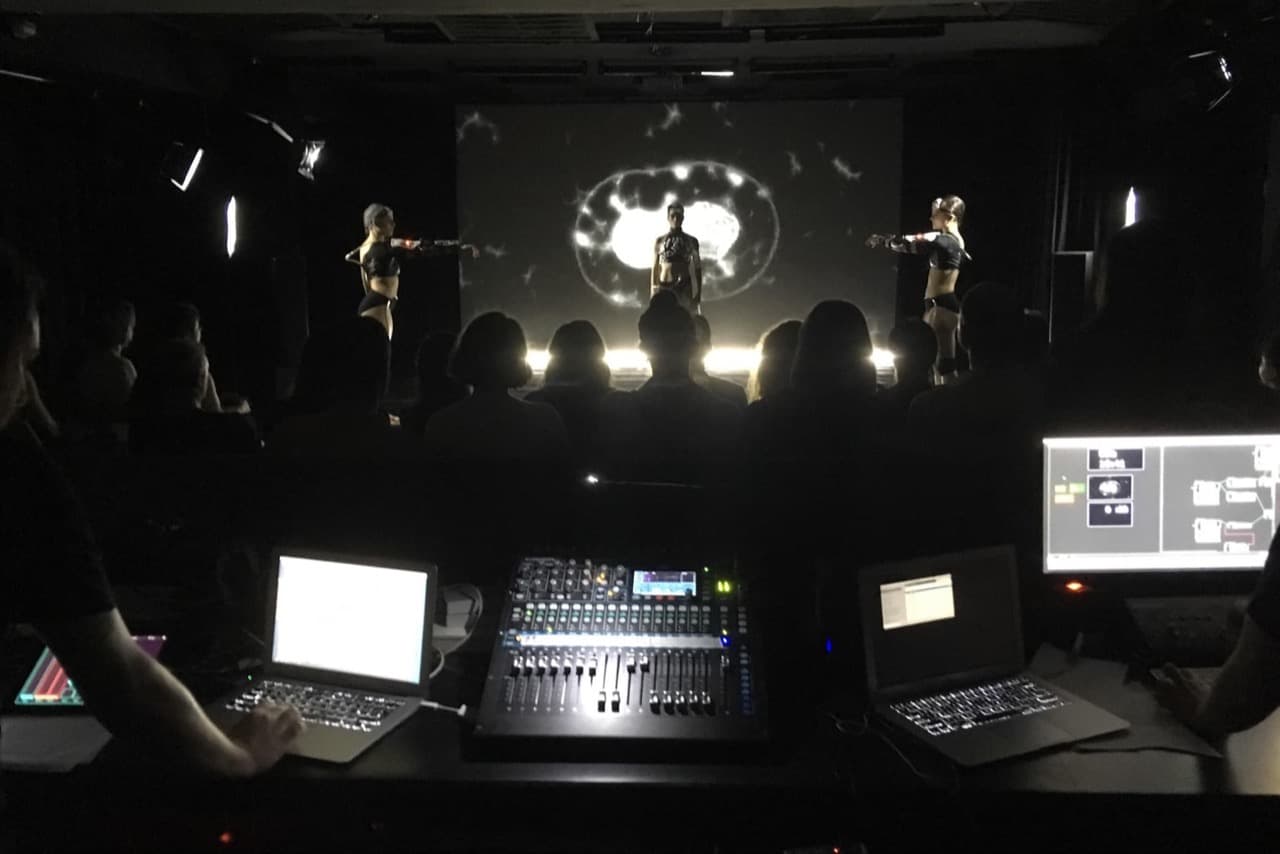 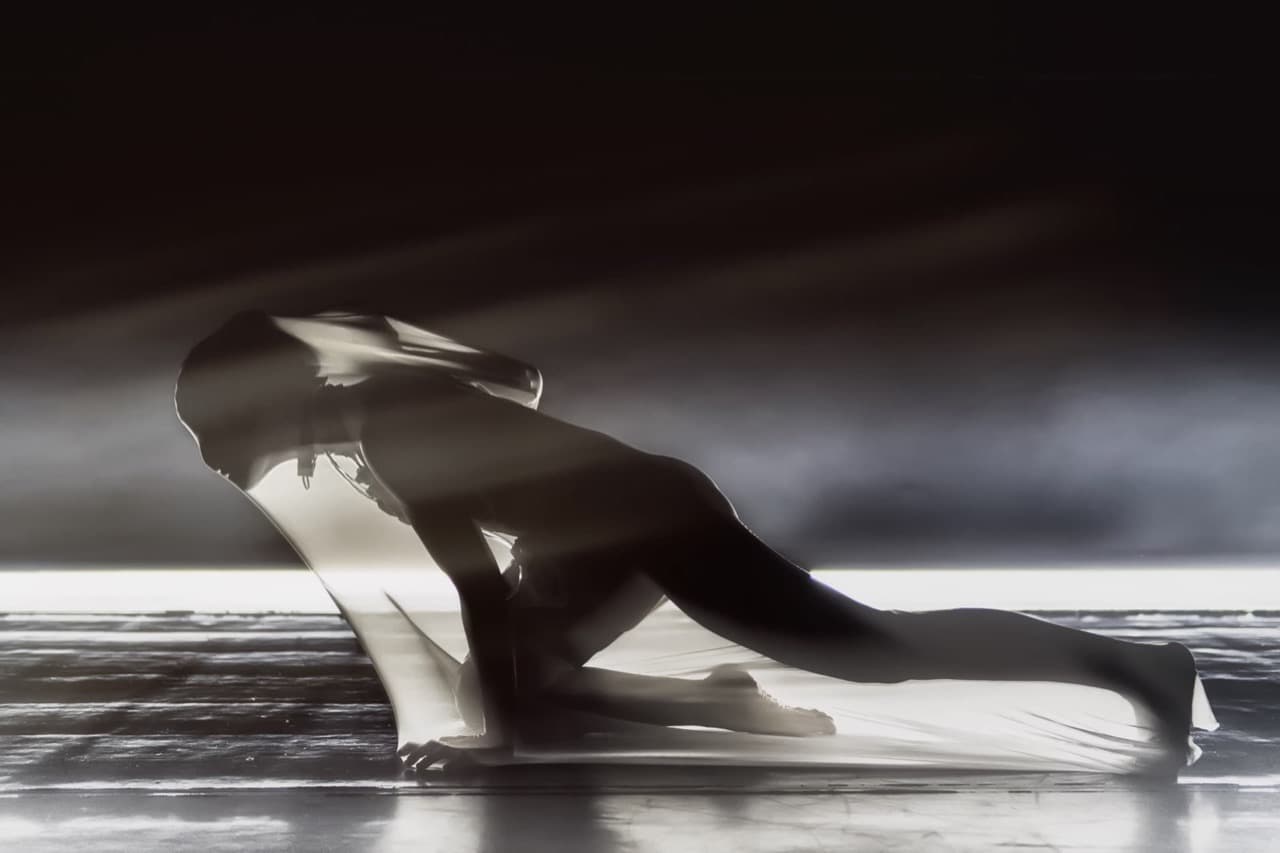 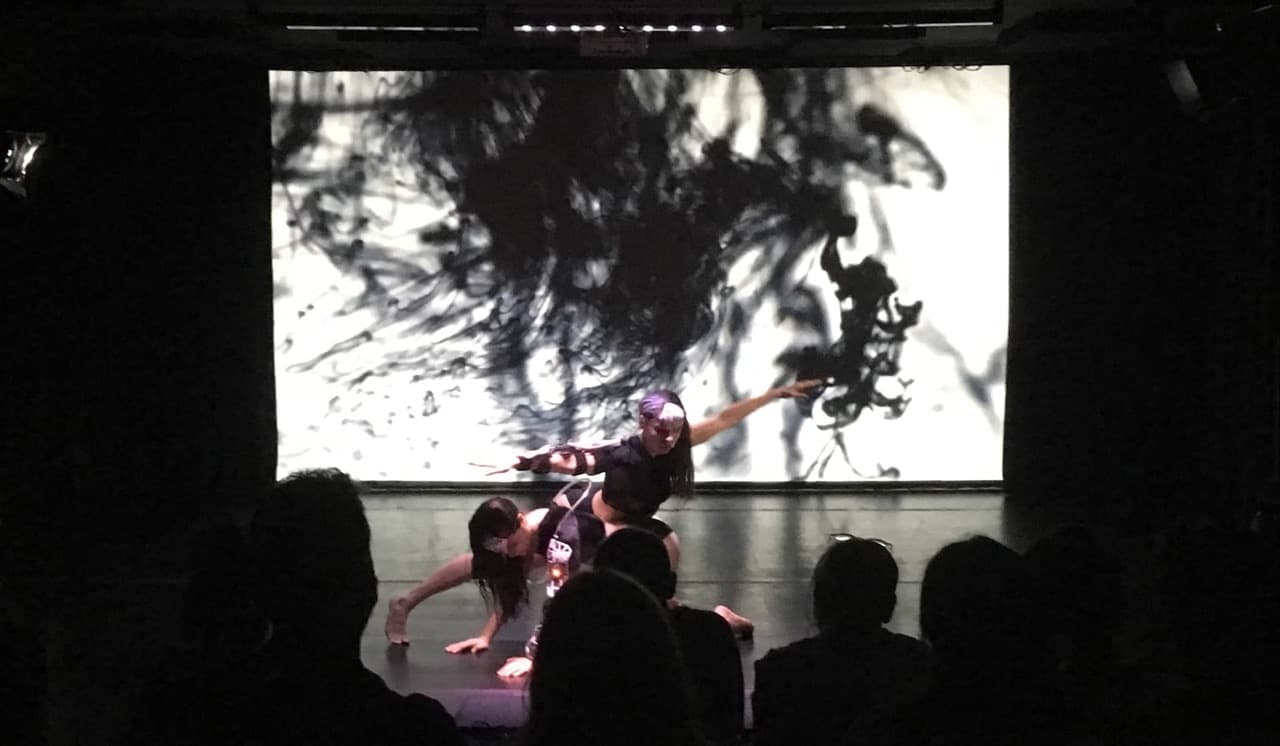 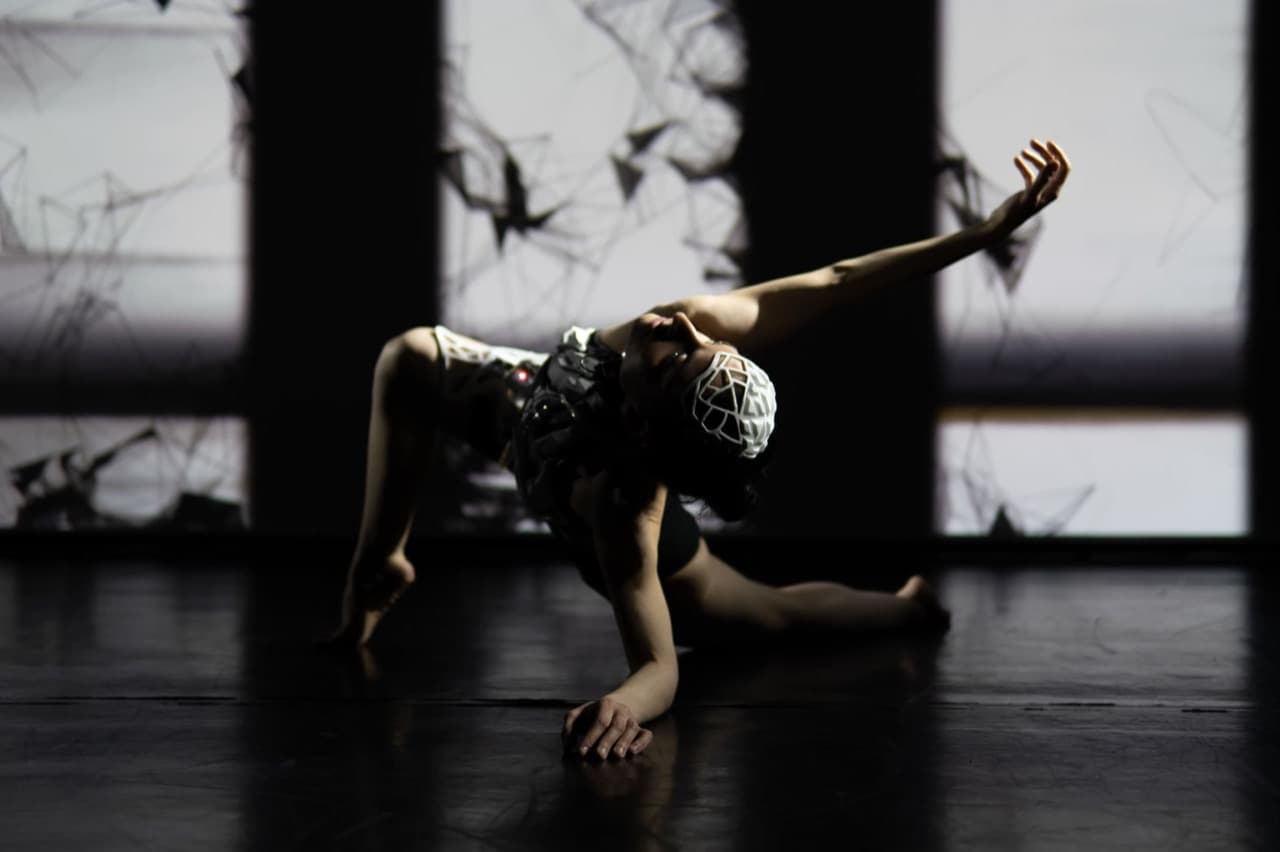 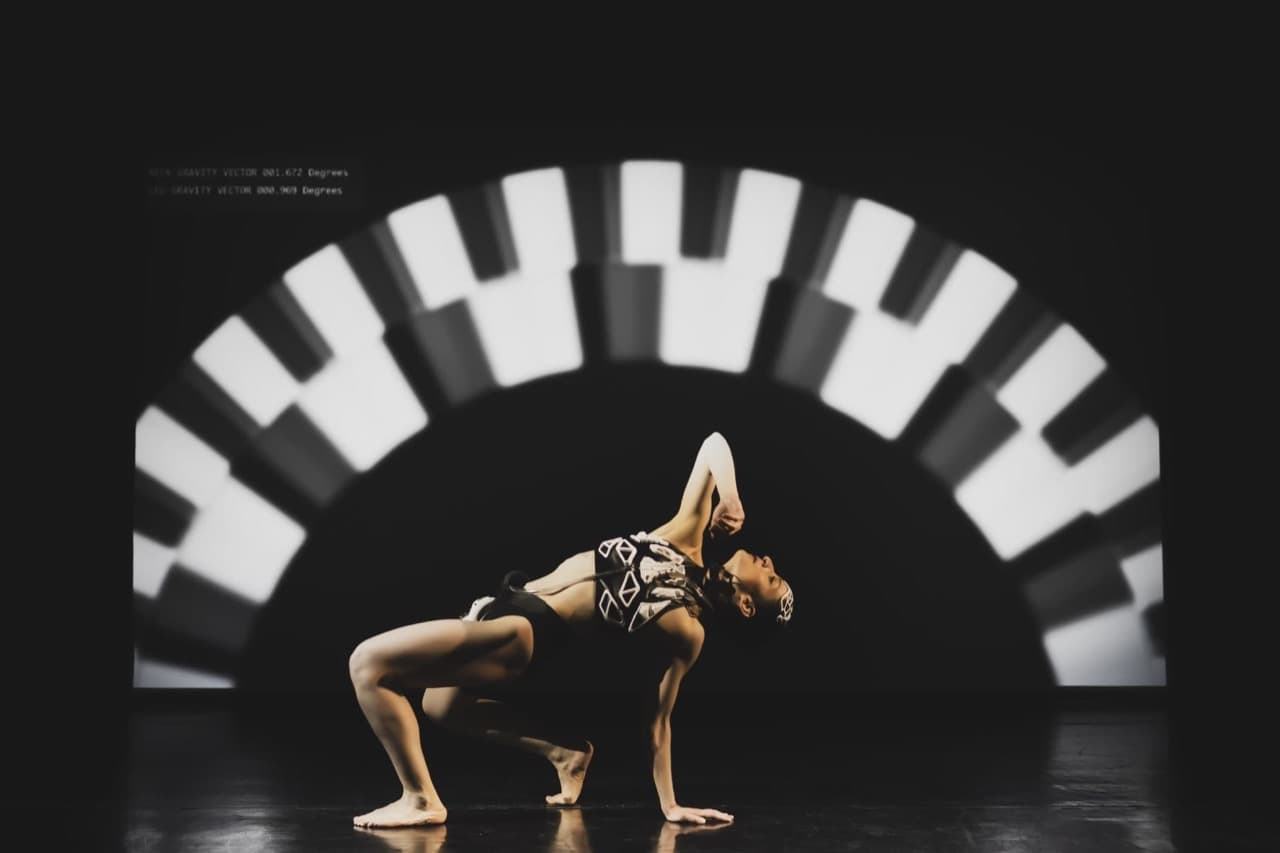 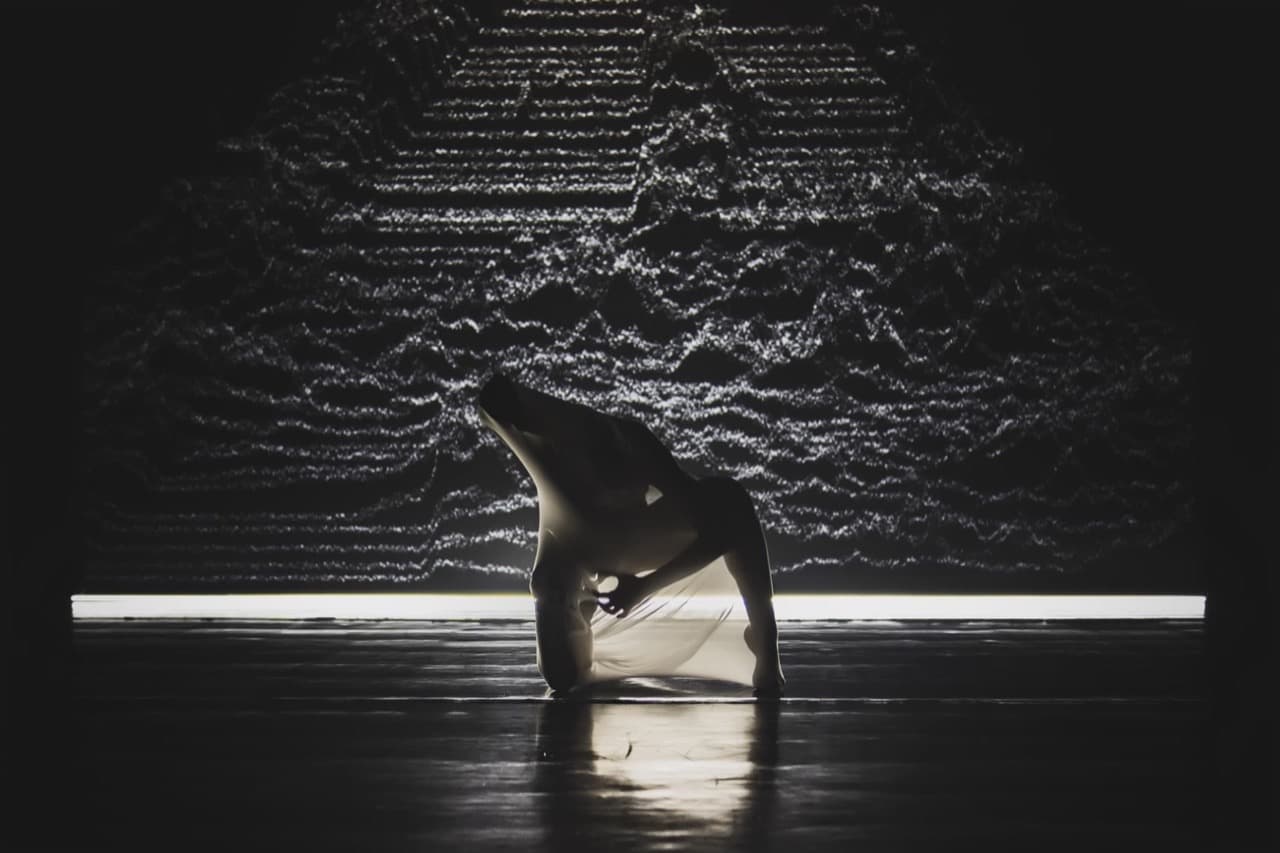 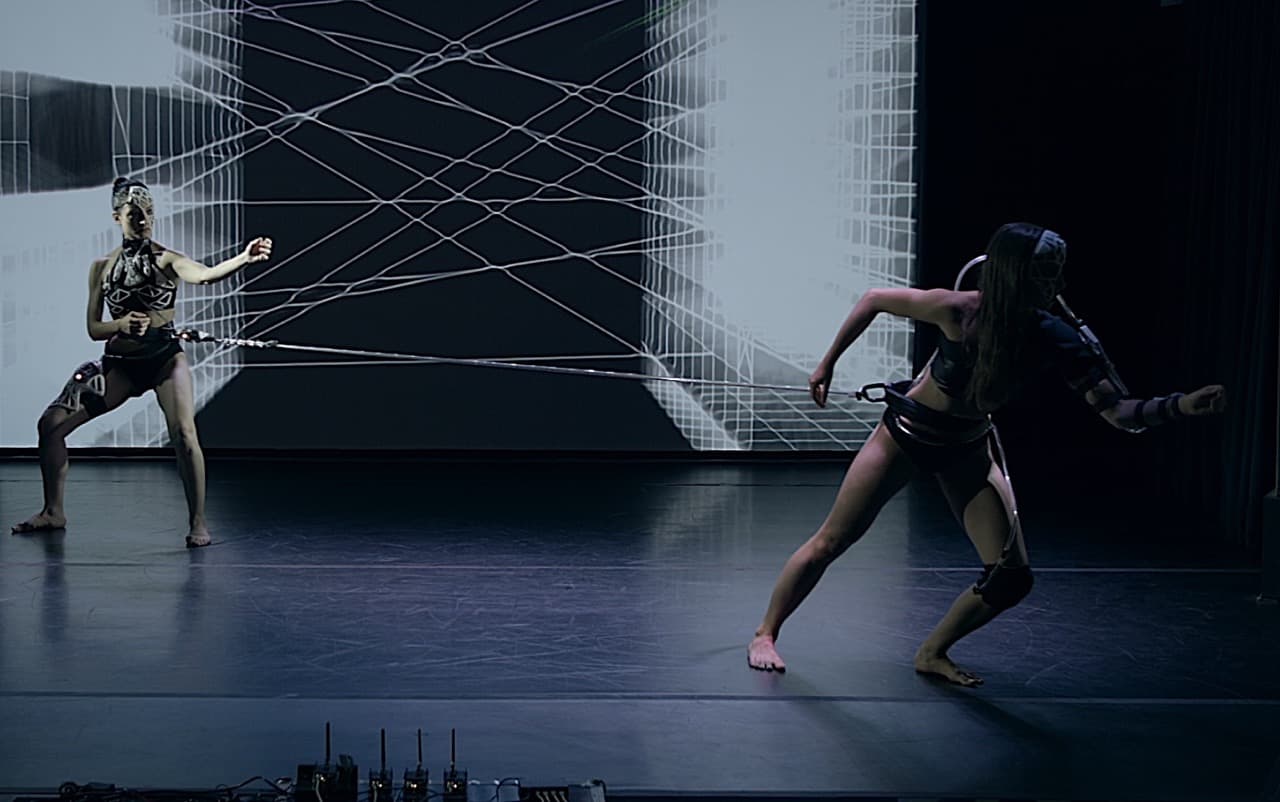 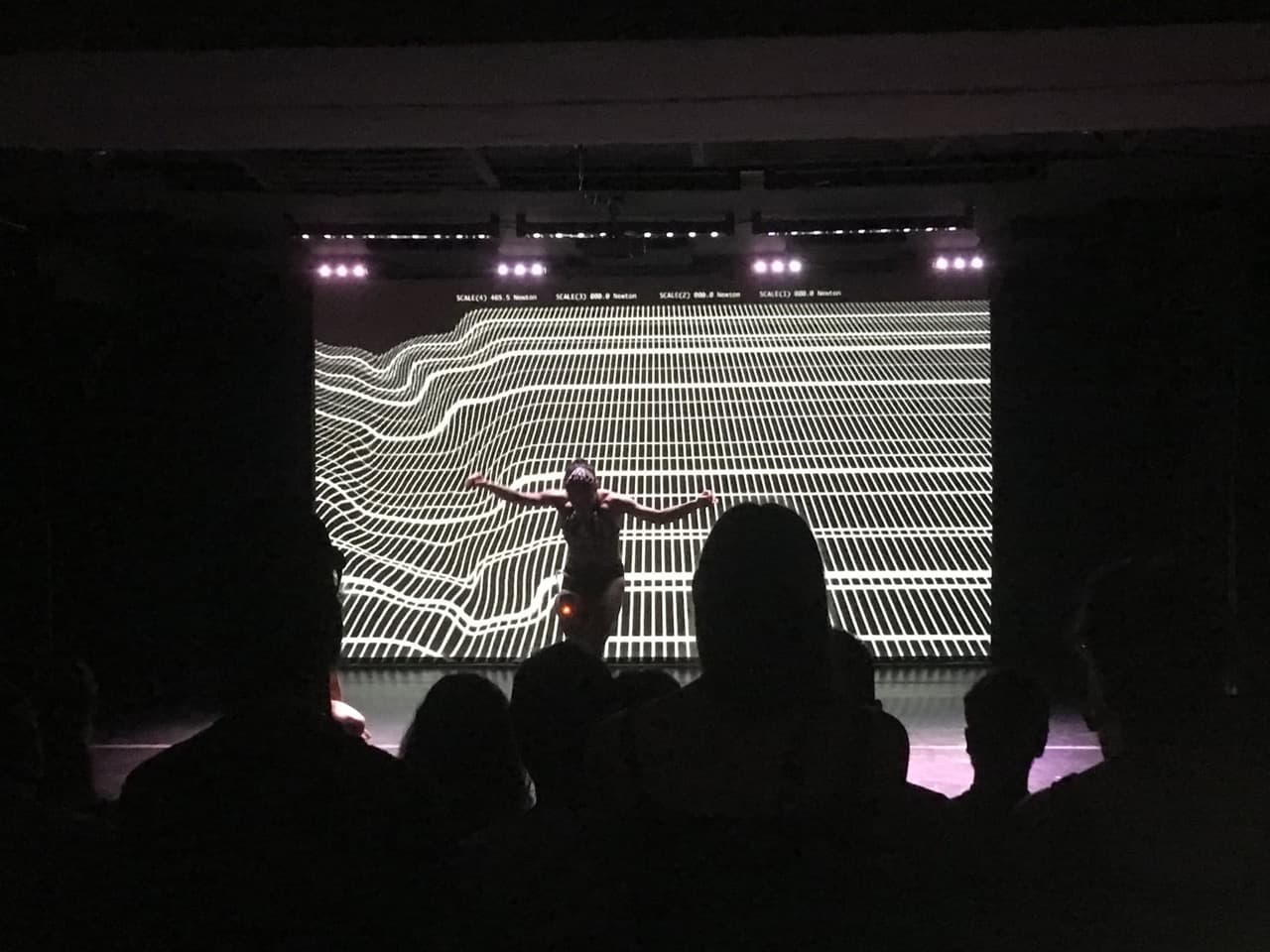 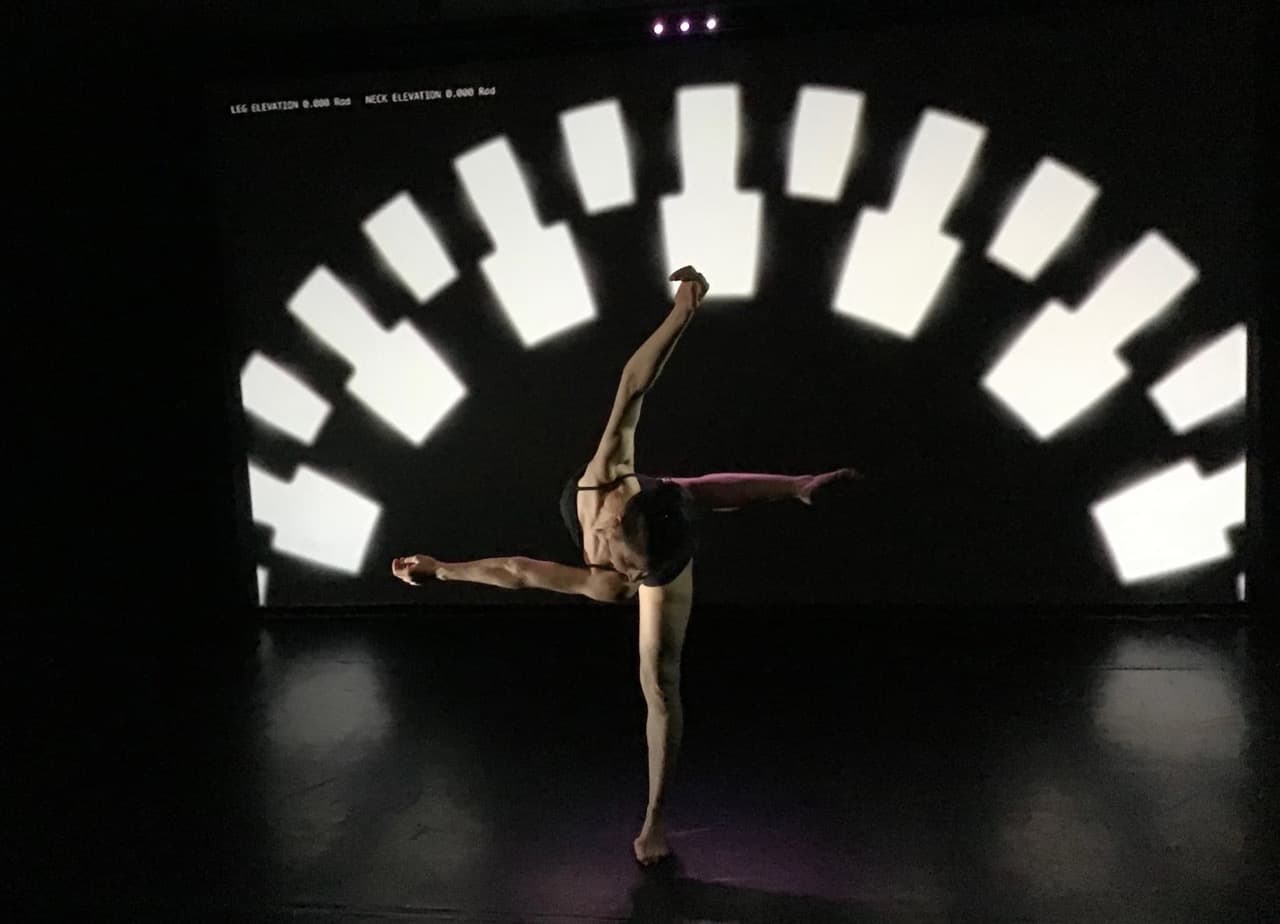 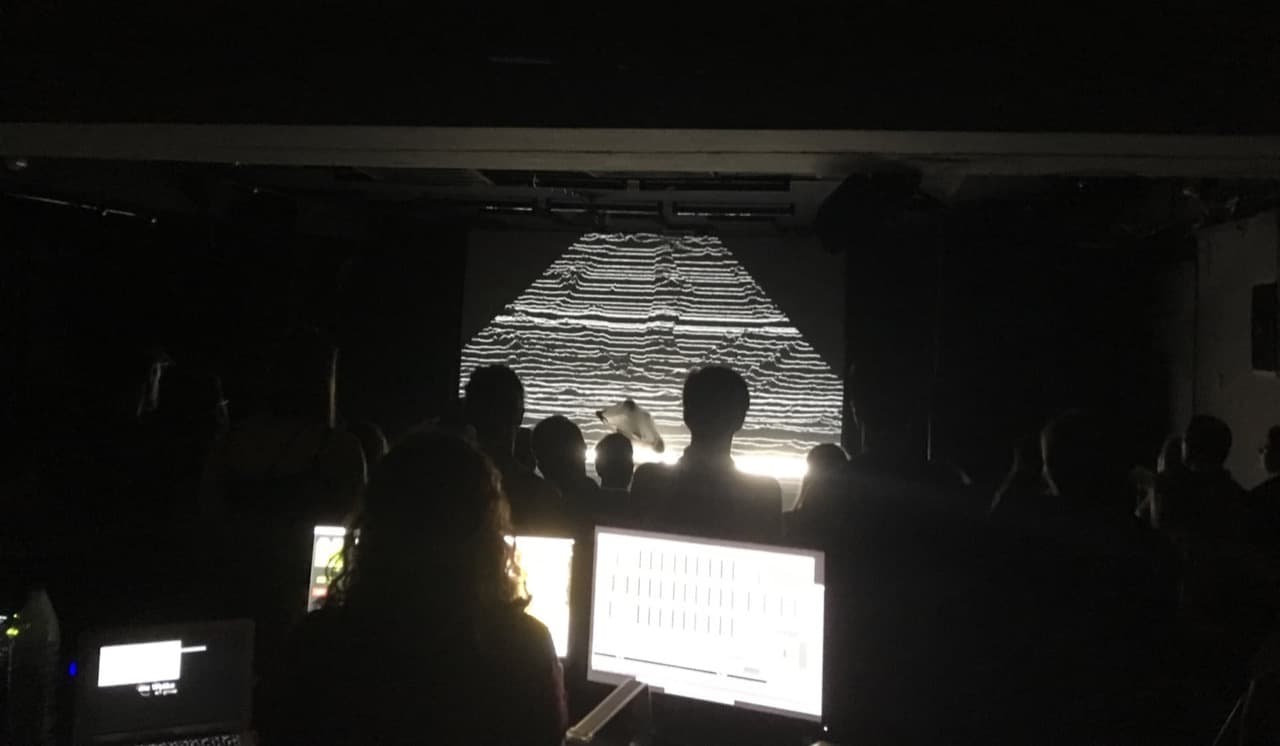 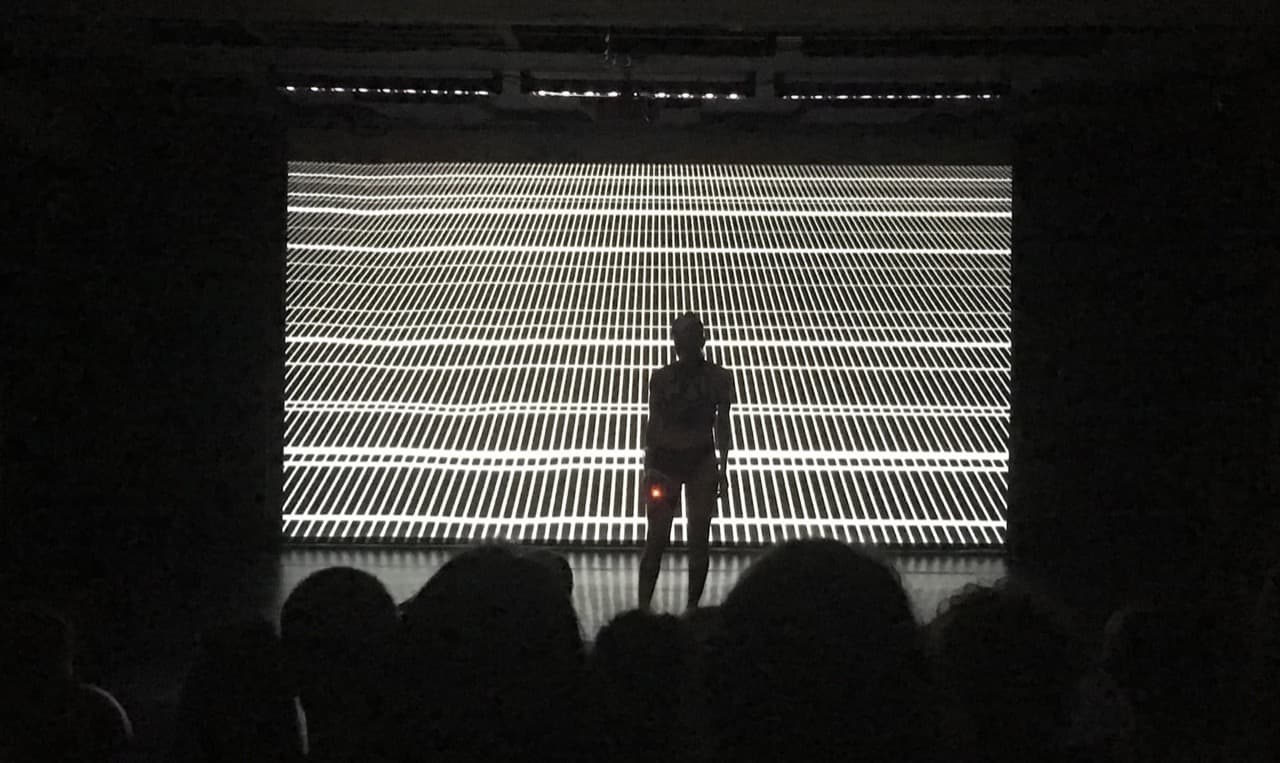 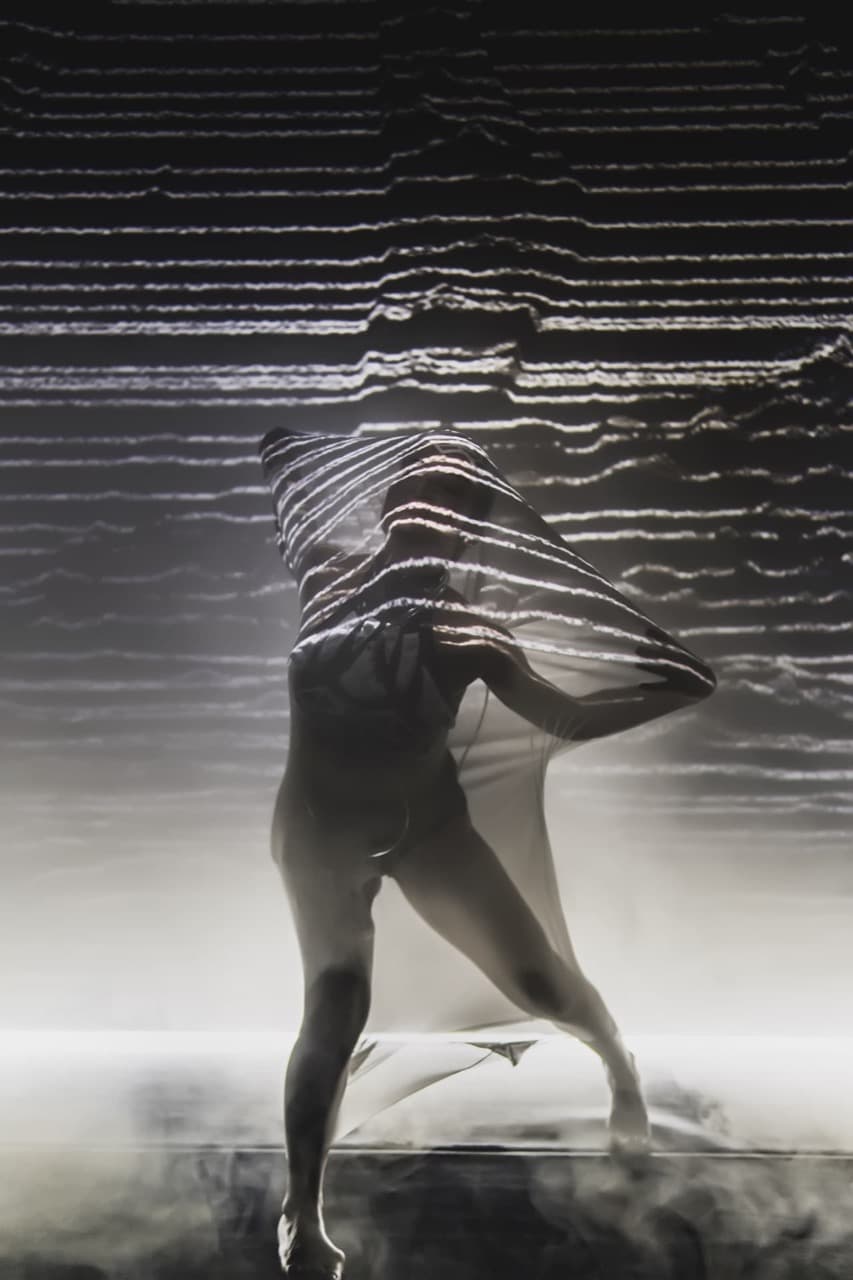 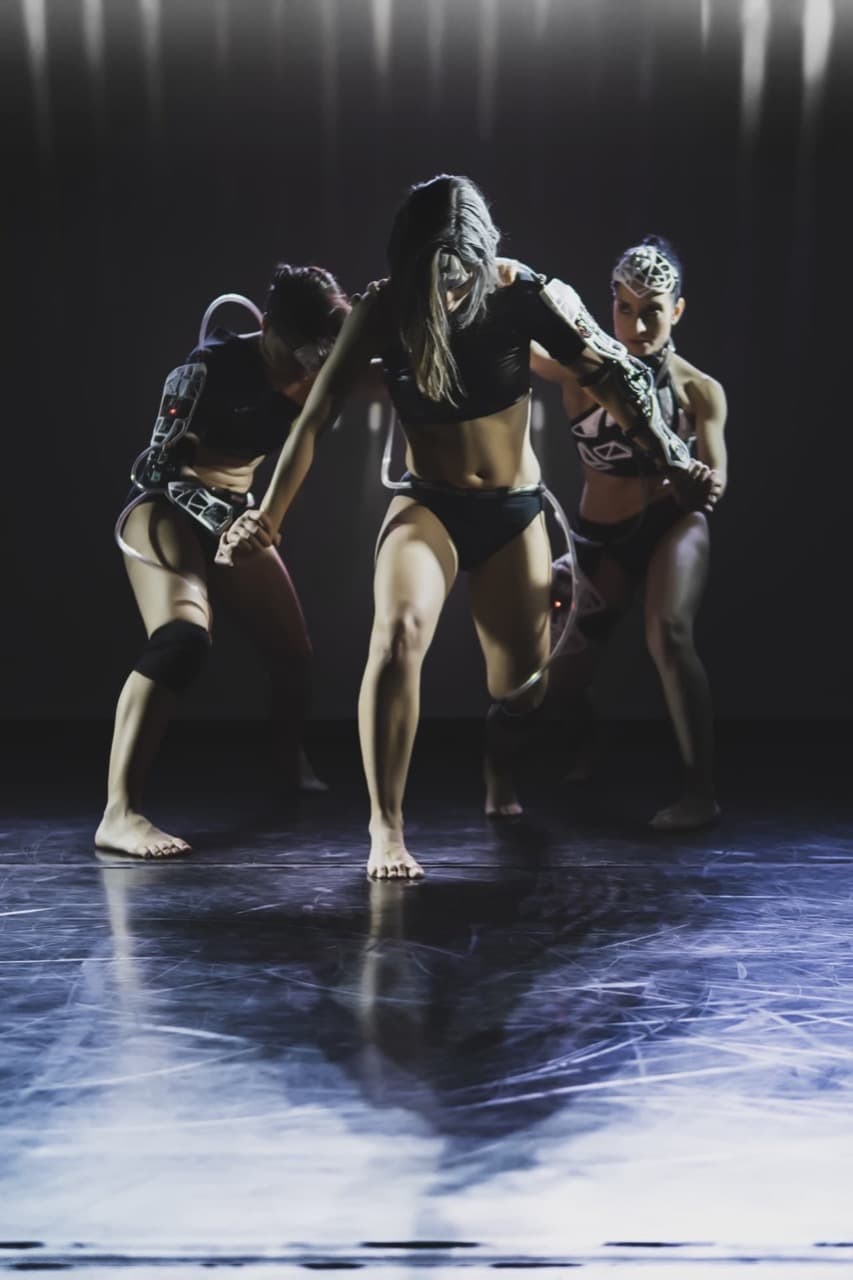 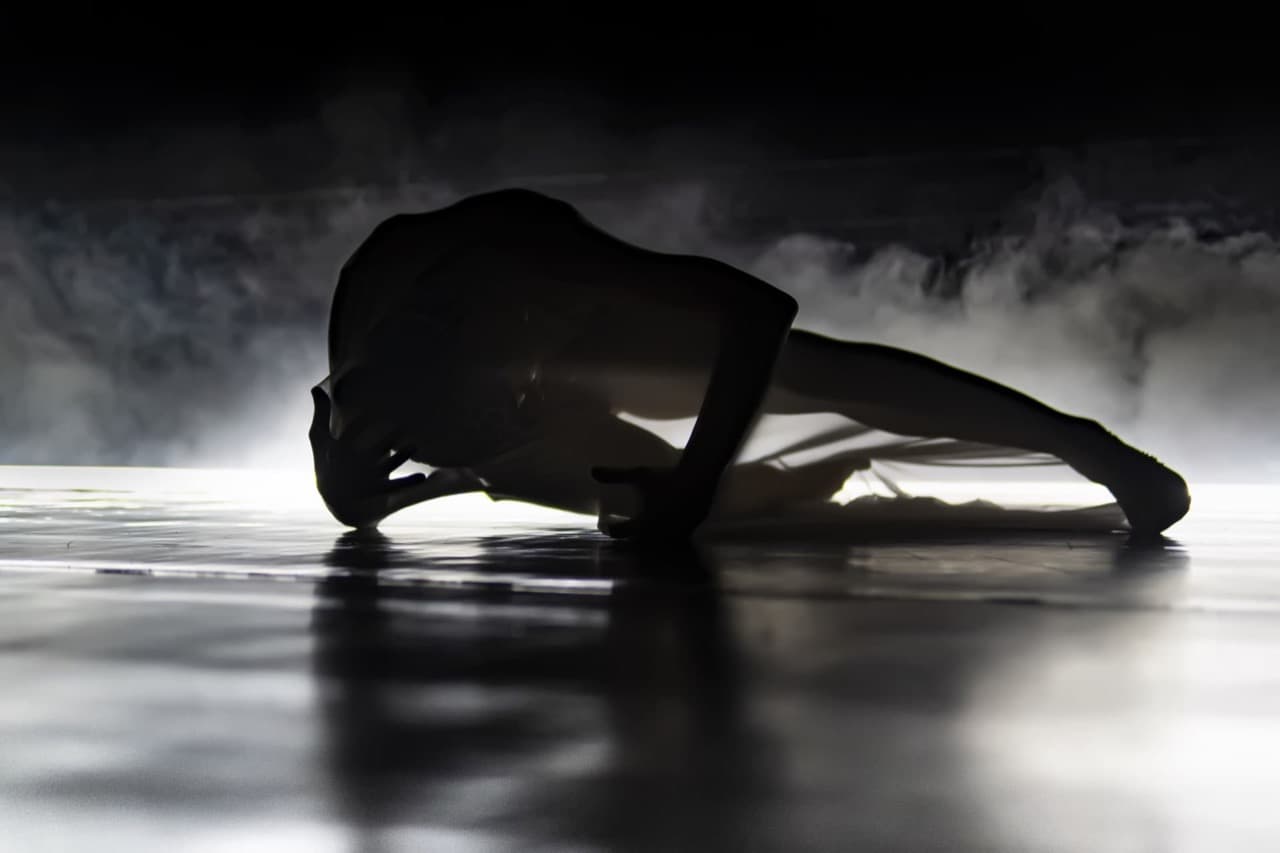 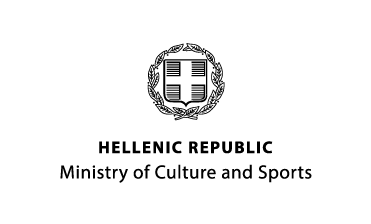 The performance Trajectory of an Idea is financially supported by the Ministry of Culture and Sports. 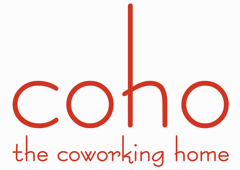